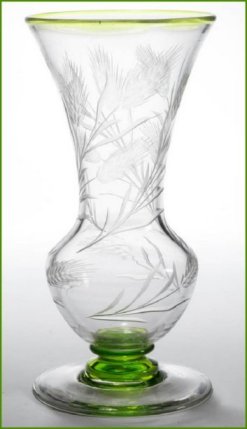 Although the glass discussed here is indeed decorative art, please remember that Imperial Glass was a business, not an artists colony. Free Hand was the fulfillment of the two decade dream of Victor Wicke, President of Imperial from 1910 until his death in 1929. His goal was to add a profitable "art glass" line to Imperial's prodigious output of utilitarian wares. Originally hired away from New York City in 1905 to be Imperial's Sales Manager, Wicke was always attune to the public's ever-changing tastes in glassware. 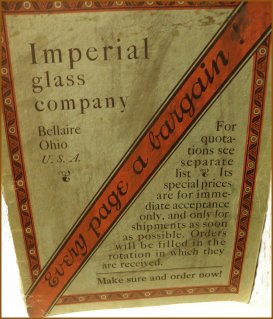 Wicke was a sophisticated business man as well. Knowing that Quezal was using skilled immigrants tc create art glass similar to that of the great European glass houses, e.g. Loetz Witwe & Sons, he wanted to compete for a share of that market. He reasoned that retail store buyers would "Buy American" if they not only got a comparable quality product, but also got it cheaper and quicker than shipments from Europe; as the period sales catalogue to the right proclaims: "Every Page a Bargain".

A detailed history of Imperial's Glass can be found here. 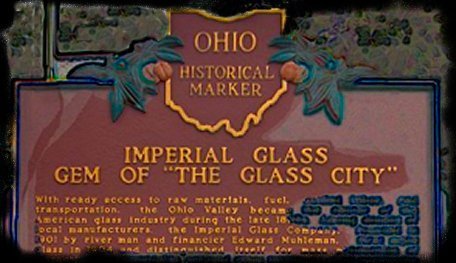