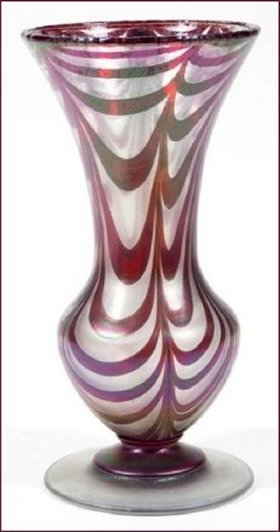 Every piece of glass that Imperial made, from the most elaborate punch bowl set to the simplest nut cup, was the product of the efforts of individual people working together as part of the Imperial team. Many different roles were played in producing these wonderful and beautiful creations in glass, from the "gaffer" to the "turning out boy" to the President of the Company. No one individual did it all. No one individual worked at Imperial for its entire eighty year history. 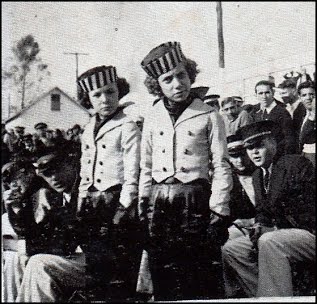 Imperial provided employment, good jobs, to hundreds of skilled workers, for at least three generations. Most were drawn from the small towns in the surrouding area, like Smithfield, Ohio. The 1937 yearbook of that high school here depicts band members at a football game. Some of its 36 graduating seniors may well have gone on to work at Imperial.

Most of the people who did work at Imperial are gone now and those still with us are fewer and fewer in number with each passing season. While glassware lines the people of Imperial created are written about and live on, the people themselves, their names and their roles, are largely forgotten. While the colors on the glass they created remain bright and vivid, the memory of its creators has faded. 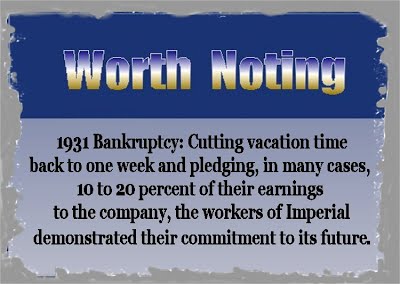 This section will in some small way attempt to recognize and remember the people of Imperial. Those people who made the glass. Those people who put something glittering, fragile and beautiful , yet useful/functional,  into our hands - and into the hands of our children and into their children's hands . . . and so on.
They were The People of Imperial.
These B & W photos were taken about 1943. 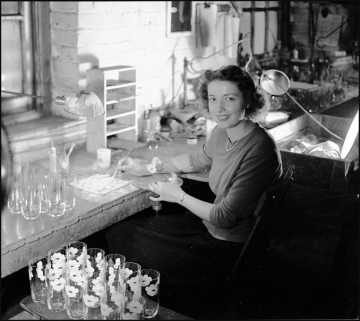 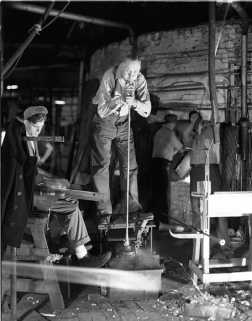 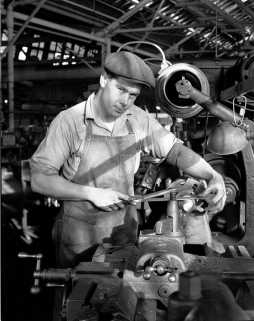 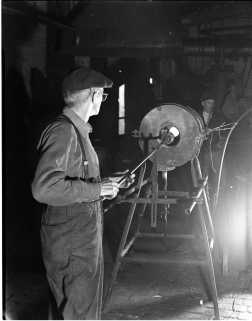 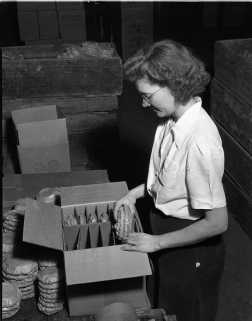 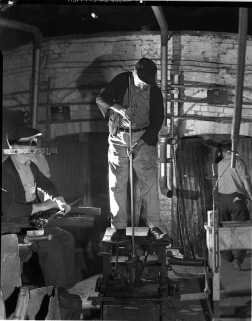 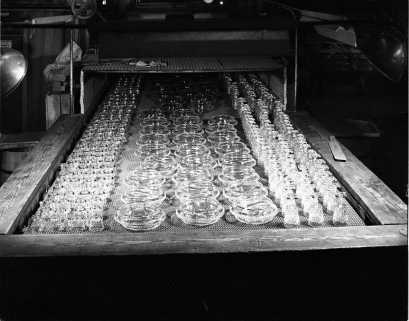 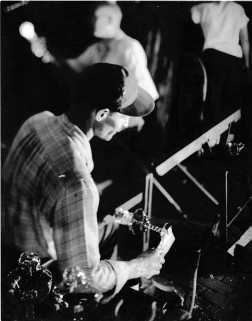 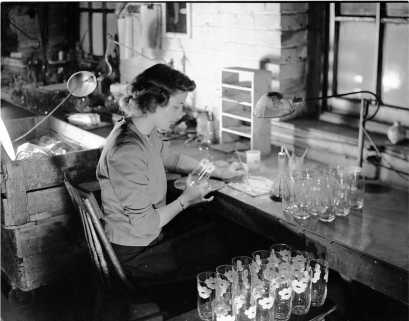 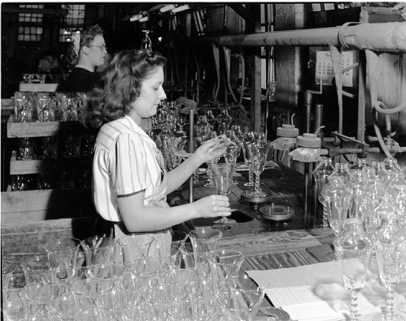 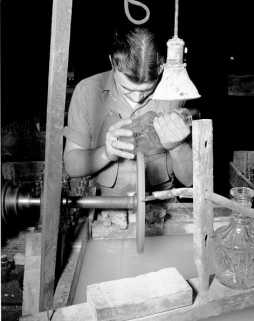 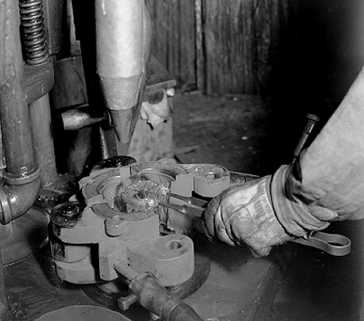 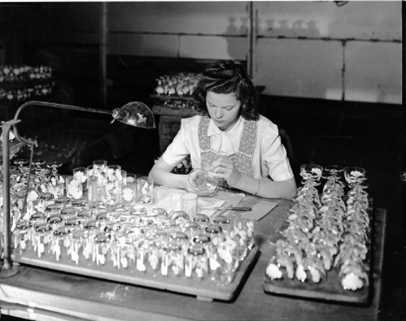 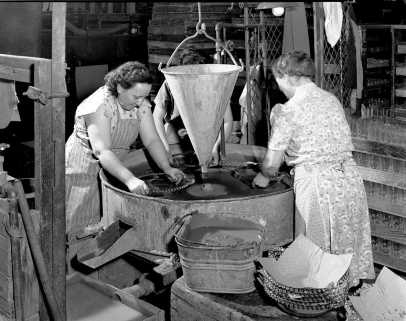 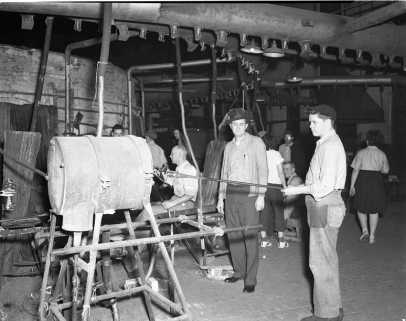 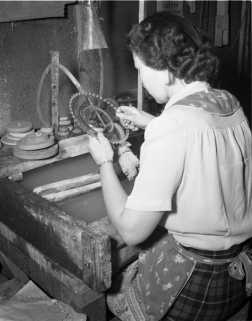 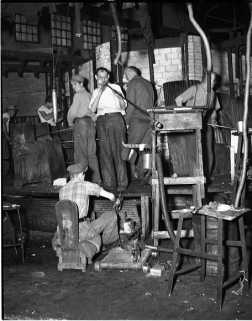 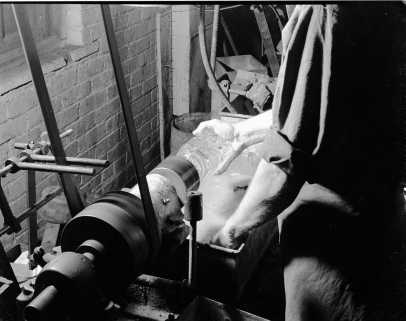 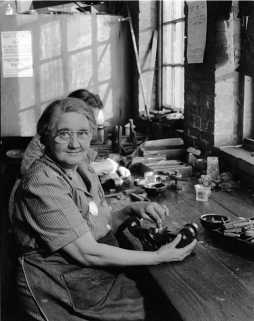 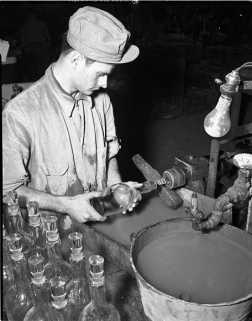 The National Imperial Glass Collectors' Society's website puts names to some of "The Faces of Imperial".  It can be viewed here.