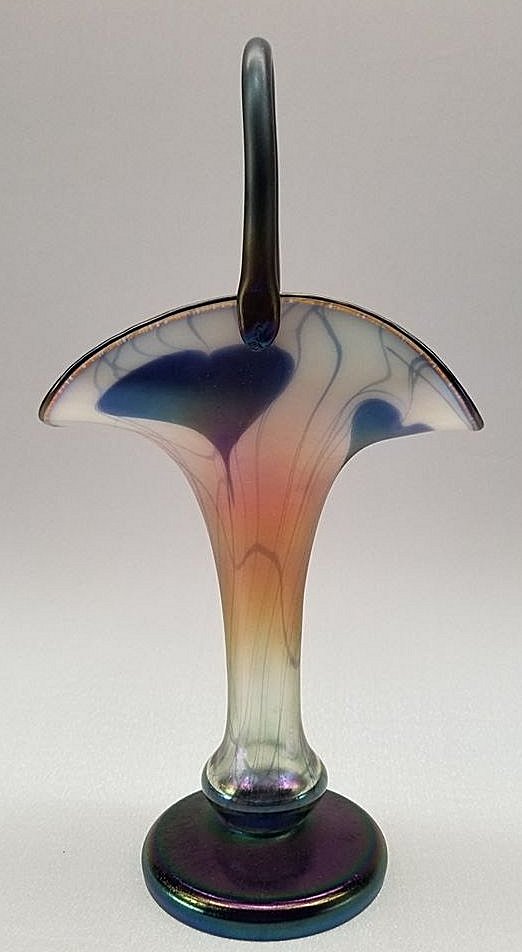 This basket was made by highly skilled European glass artisans working at Imperial Glass, Bellaire, Ohio in 1923. It was made especially for and presented to Mr. Victor G. Wicke (1865-1929), President of Imperial Glass from 1910 to 1929. As an Imperial Free Hand collector for 50+ years, I believe this basket, because of its extraordinary beauty, size and provenance, is the best and most important piece of Imperial Free Hand known.

After Mr. Wicke’s death in 1929, the basket went to his widow, Mrs. Meta Wicke. Later in her life Mrs. Wicke had a caregiver by the name of Rose Kalick (1883-1967). Upon Mrs. Wicke’s death in 1944, she left the basket to Rose Kalick. Mrs. Kalick lived in Bellaire, Ohio and was on the mail route of Mr. Richard Ross, a collector of Imperial Free Hand and a mail carrier for 40 years in Bellaire. One day he had an occasion to be in Mrs. Kalick’s front room and noticed the Free Hand basket sitting on the mantle. Mr. Ross asked about the basket and Mrs. Kalick told him the Wicke story. Of course, being a collector, Mr. Ross asked if she would be interested in selling it. Her answer was “no”.

Richard stated that every year for several years he would stop in and ask if she was ready to let go of the basket. Her answer was always the same; “no”. In 1967 Mrs. Kalick passed away. Richard heard of her passing and the following weekend went to her house. At that time several family members were working inside the Kalick home. Richard introduced himself and stated that he was interested in a glass basket that had been displayed on her mantle. One of the family members spoke up and said they knew the basket he was speaking of and that they were sorry that it could not be sold. They went on to say that in her will, Mrs. Kalick had left the basket to her mail carrier. 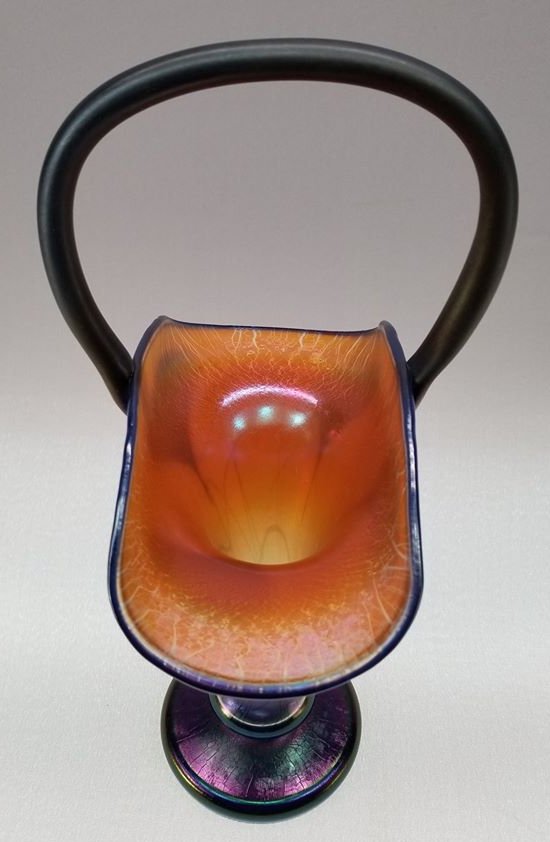 Richard and Wilma Ross authored a book on Imperial Glass, featuring their own collection in 1971 in which the basket is pictured on the front cover. Richard Ross owned the basket until he sold his collection in 2015.

I want to thank Randy Clark who researched and wrote this article as well as provided the quality photographs of the Wicke basket.

Only five other Imperial Free Hand baskets have been identified and photographed for this website. Click to enlarge: 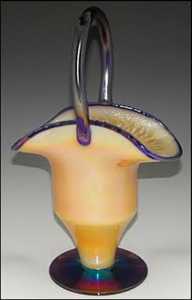 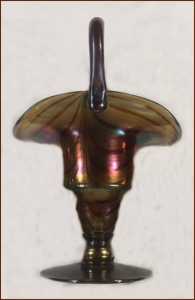 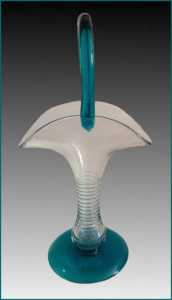 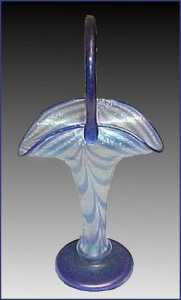