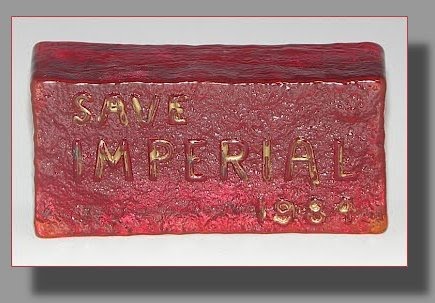 Imperial production spanned 80 years, ending in 1984 when the company filed for bankruptcy. After Imperial closed, a committee was formed.  It was called the "Save Imperial" committee.  That committee was trying to raise enough money to buy the Imperial property.  Their intent was to save the building.   This is where the brick comes into the story.  The committee had bricks made by Viking Glass.  There were two bricks, one brick with plain letters and one with gold letters.  When you donated to the cause you got a red brick.  The gold lettered brick was given out for a larger  donation.  These efforts failed and the factory was raised in 1995. 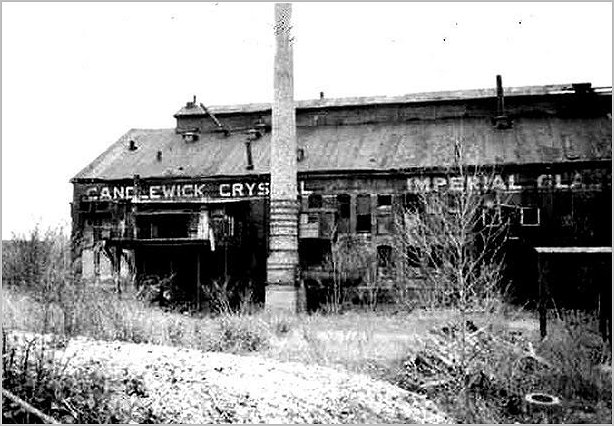